You still have a little time to organise a Street Feast for this Sunday 15th June.  It’s also Father’s Day so a nice barbeque might just be the perfect way to celebrate. Register your event on the national Street Feast website to get your pack of support materials. Cork City and County Councils have supported this year’s street feast initative and facilitated the Flash Feast at the Grand Parade promoting the initaitve.  Over 20 events are taking place in communities throughout Cork City and County.

Weather has picked up so no excuses!

Pictures and video from the promotional Flash Street Feast organised by the Cork Food Policy Council.

Street Feast was officially launched in Cork today with a surprise Flash Feast for lunchtime diners in the city centre.

Arranged by Cork Food Policy to highlight the upcoming Street Feast on June 15, the flash feast was disguised as a foodie styled flash mob where colourfully decorated tables and array of locally sourced food produce appeared from nowhere on the Grand Parade. Waiting staff emerged from the crowd and ushered twenty diners who included street feast organisers from across the city and county and random passers-by to sit down to the elaborate feast along side the City Lord Mayor Cllr. Catherine Clancy and Cllr. Derry Canty, who was representing the County Mayor.

Street Feast, which takes place on June 15, is a neighbourhood street party with a difference. It’s an all-for-fun, do-it-yourself celebration of community. Happening in streets, towns, villages and communities across Ireland each feast is self-organised by those who live in the area and can be as simple as few neighbours getting together or a full blown street party.

Among the diners at today’s Flash Feast was Sonja Tobin who is arranging a street feast Newmarket, North Cork. “It’s a really great opportunity to meet your neighbours, whom we pass every day, but often never make time for” she said.

“There is so much diversity here in terms of food and culture here in Cork” explained Alice Coyle, who runs food trails in the city centre also plans to arrange a feast near her apartment home on North Main St. “I love trying new things, and I’m excited to really take the time to meet my neighbours and experience what everyone brings to our table”

Street Feasts are also being arranged in Crosshaven, Dunmanway, Fermoy, Knocknaheeny, Bandon, Blackpool and Mallow and more areas around the county. To find out more about Street Feast, how you can get involved and register a feast in your area visit www.streetfeast.ie

The menu at the Flash Feast included the following foods donated by suppliers:

Range of tapenades, spreads and olives – The Olive Stall at the English Market 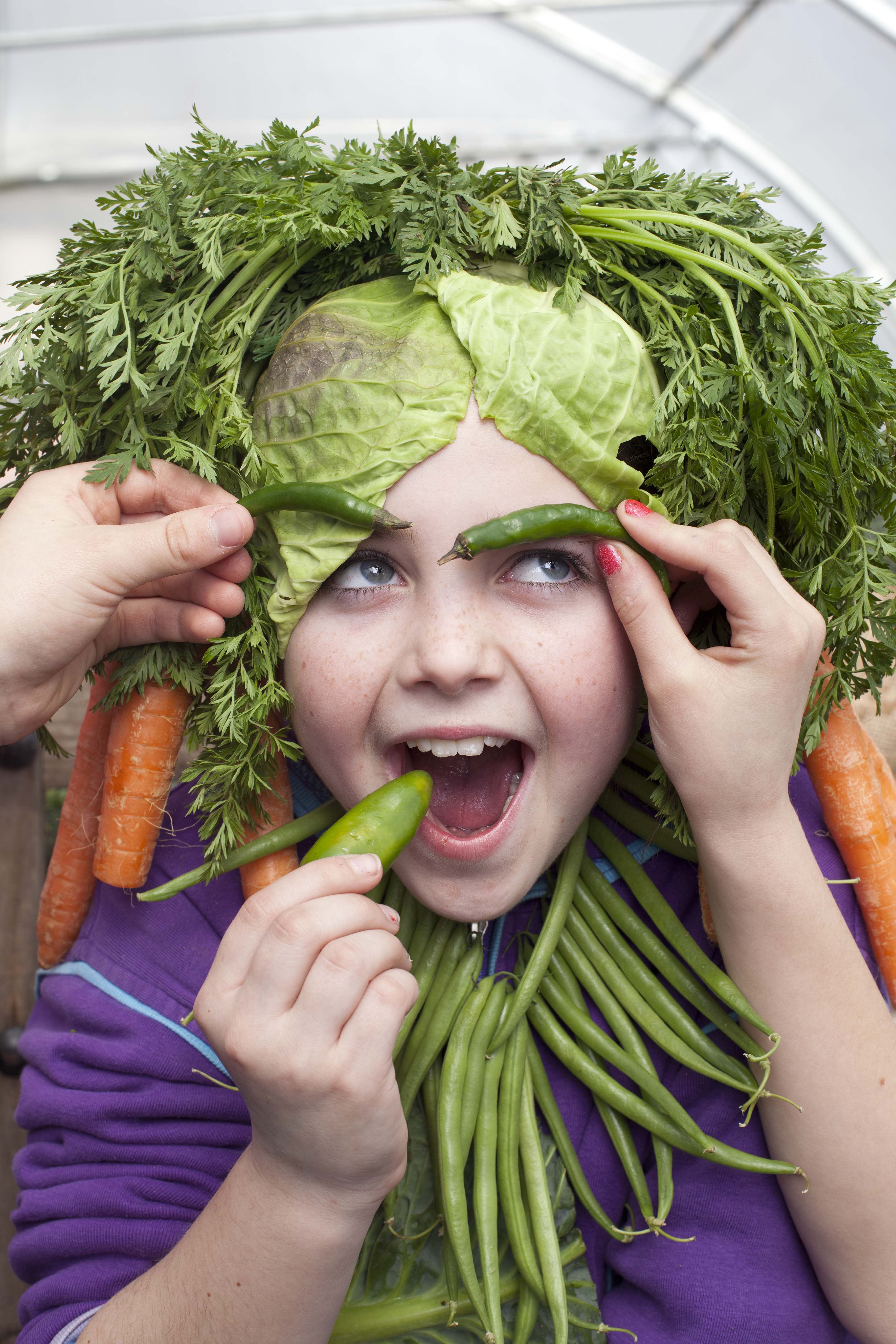 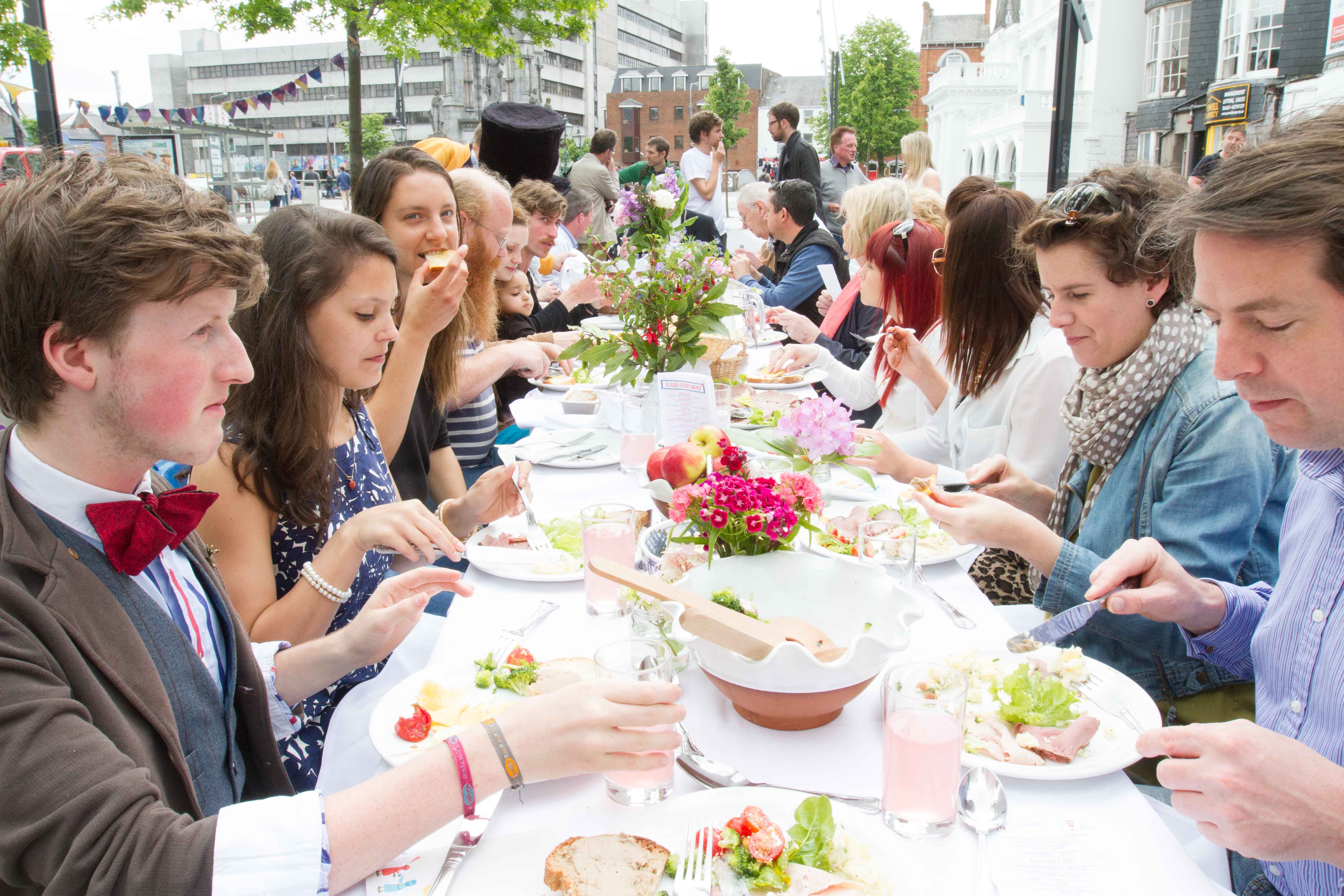 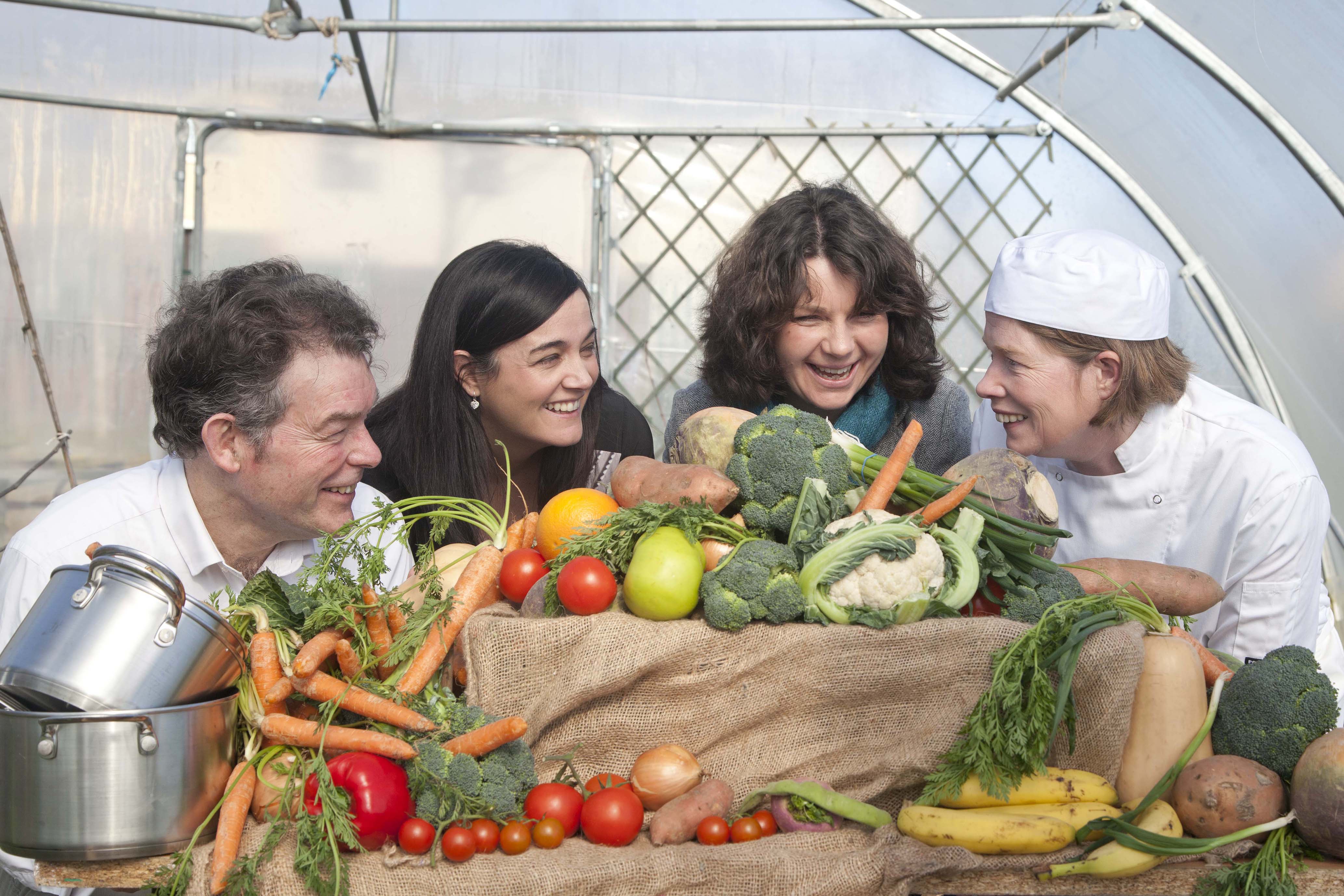 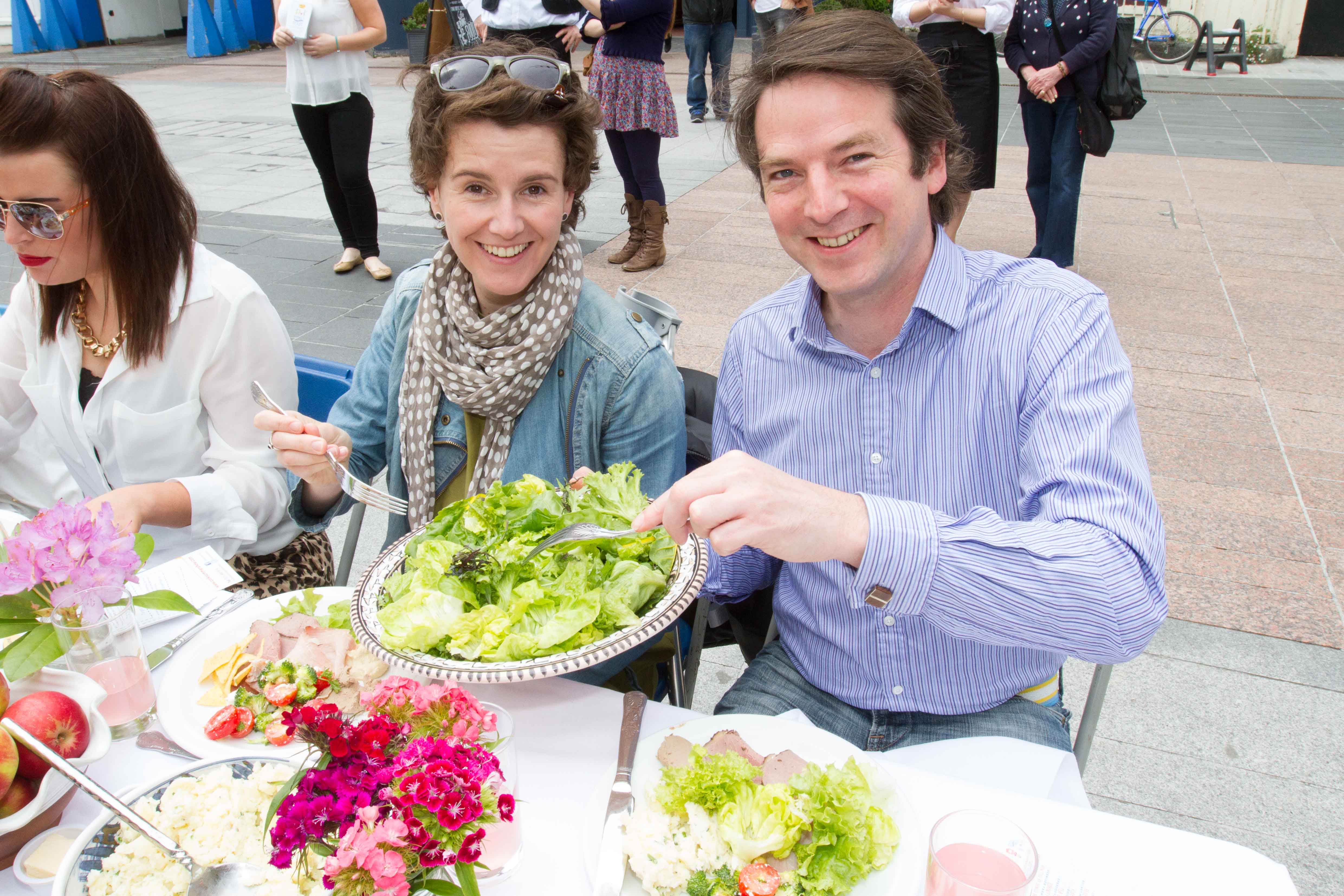 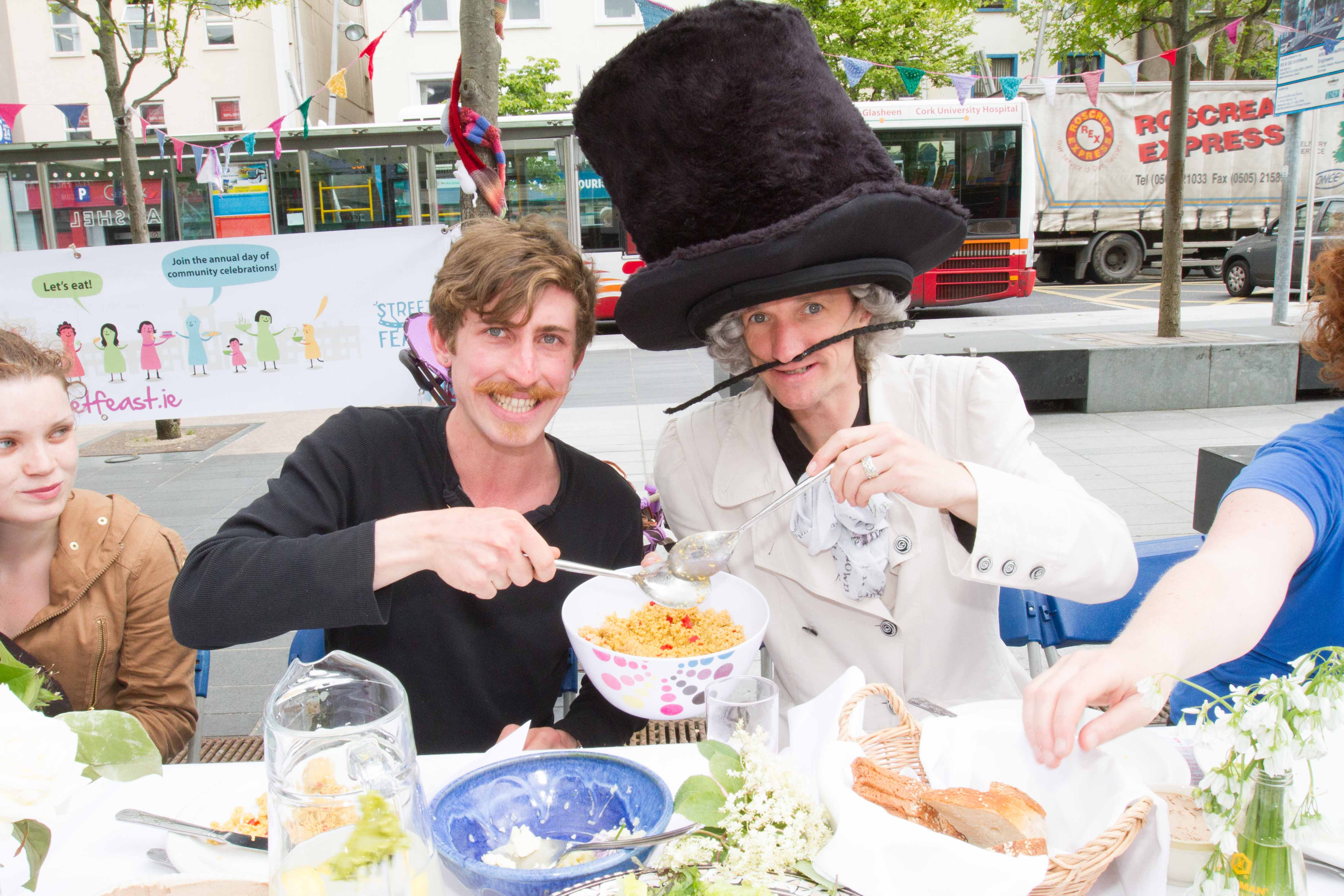 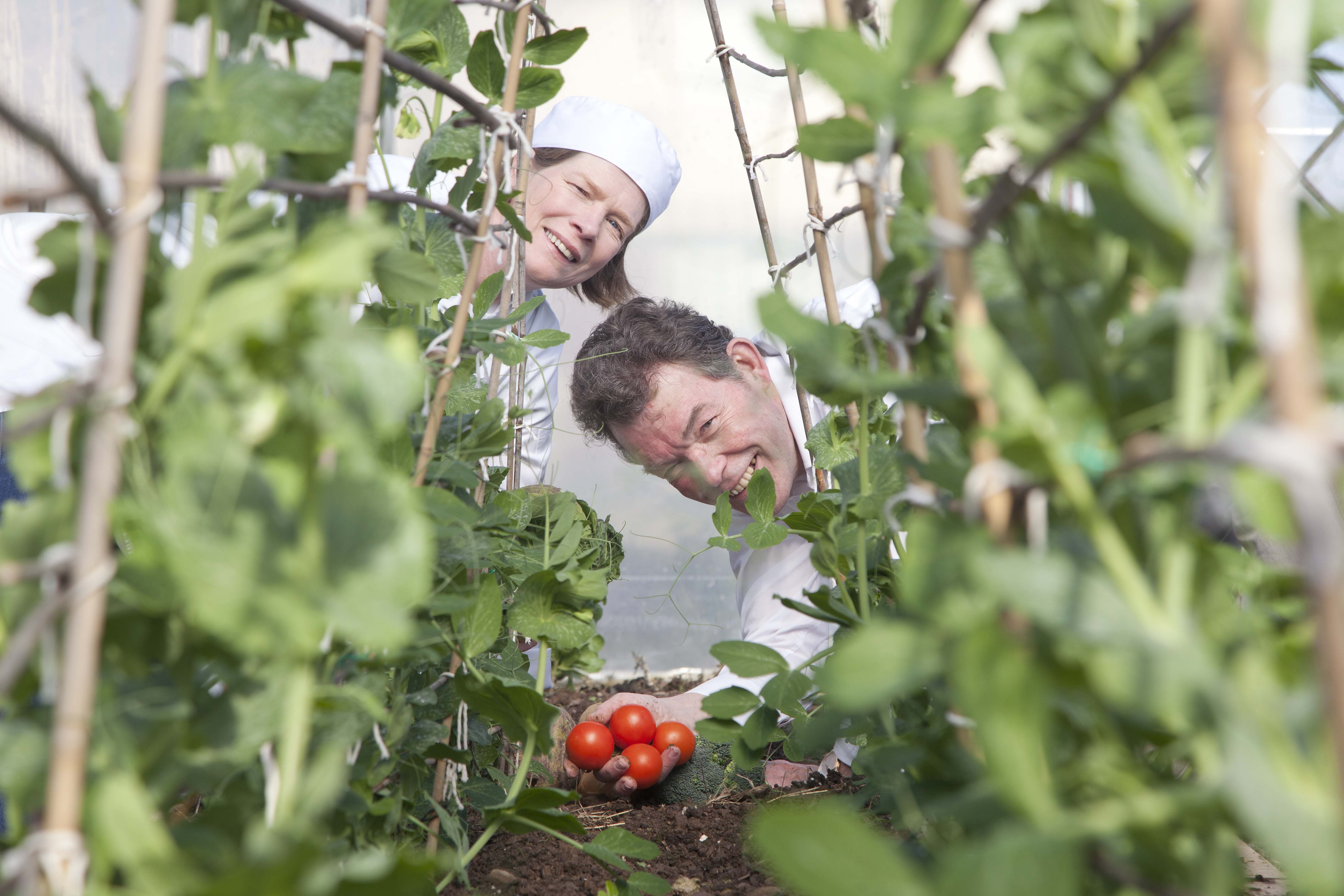