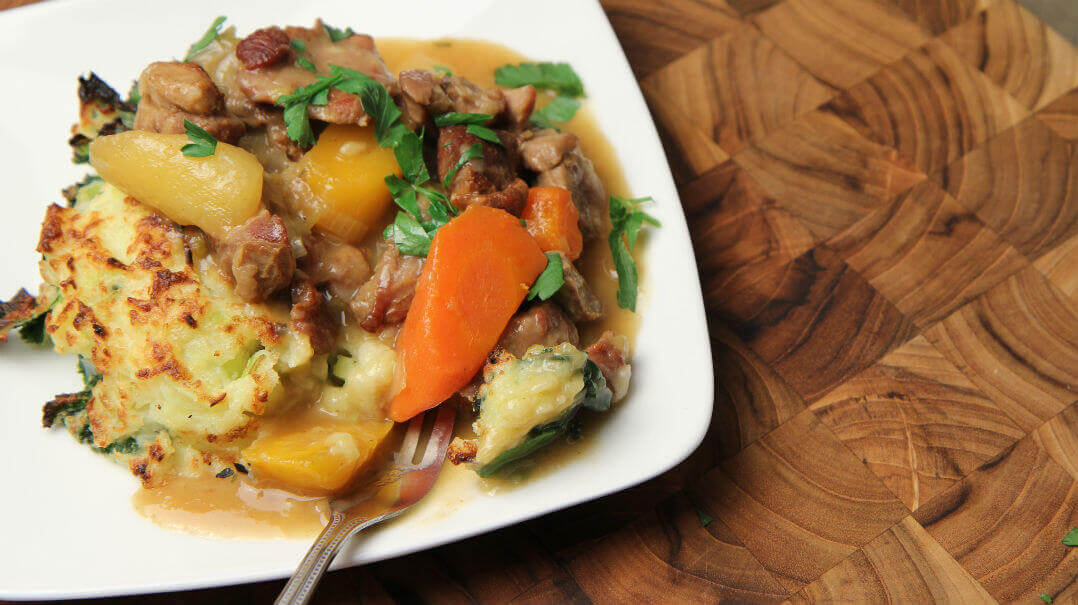 It’s not often you encounter farmers, politicians and members of the public gathered in the same room to talk about food. So when the Department of Agriculture, Food and the Marine (DAFM) announced a series of public meetings throughout Ireland to discuss the upcoming Common Agricultural Policy (CAP) post 2020 reform, the Cork Food Policy Council (CFPC) made sure to attend one.

In February, a few of us from the CFPC travelled to Charleville where Minister Michael Creed (DAFM) and other government department representatives gave a presentation entitled “The Future of Food and Farming” before opening the floor to discussion.

Like everyone who attended the public meetings, we were invited to send submissions to the DAFM outlining our opinions about the state of agriculture in Ireland and our hopes about the direction it will take over the next few years. Our coordinator, Keelin Tobin, recently wrote a letter on behalf of the CFPC to do just that.

Before we cover the highlights of Keelin’s submission, let’s take a quick look at the CAP’s history.

The CAP of Yesteryear

The CAP is a system of subsidies and support programmes for agriculture managed by the European Union. The ideas which inspired the policy originated during the 1950s in response to the food shortages and damage inflicted by WWII on agricultural systems throughout Europe. The CAP’s official start was in 1962 when the founding member countries eradicated agricultural trade barriers amongst themselves to fortify the market. In 1972, Ireland became a CAP member with the aim to ensure unlimited market access and increase income for Irish farmers.

The CAP of Today

As we learned during the meeting in Charleville, the new CAP provisions focus on a set of serious challenges caused by climate change. To strengthen the sustainability of the food system, the CAP intends to decrease the impact of agriculture on climate change, encourage flora and fauna biodiversity around farms, protect water sources from contaminants and improve animal welfare. As explained on the European Commission website:

Tackling climate change and preserving the environment is the number one challenge facing the EU, and the CAP must play an enhanced role in this battle – not only to protect farmers from the impact of climate change but also to ensure that farming does not contribute to making the problem worse. Stringent new goals will be set at European level to ensure farming contributes fully to helping meet the EU’s international commitments on climate change and sustainability.

Unfortunately, Ireland’s agricultural industry is neglecting to implement effective steps toward these goals. This factors into why Ireland will fail to meet its 2020 energy savings and greenhouse gas (GHG) emissions targets set by the EU. Unless Ireland changes its agricultural practices, we won’t see a measurable difference in this country’s environmental well-being anytime soon.

The question is, will the government leaders responsible for implementing the new CAP in 2020 prioritize the health of the environment and achieve fundamental improvements to Irish agriculture?

The Cork Food Policy Council Writes to the DAFM

To improve Irish agriculture and the food system, Keelin writes that “consideration should be given to the promotion of healthier, less ecologically damaging diets where food is sold for a true cost and valued and appreciated as such…Shouldn’t consumers pay more for food that is produced unsustainably?”

As Keelin states in her letter, the foundation of Irish agriculture is livestock. This is mostly cattle-rearing for beef and dairy which contributes the bulk of the 32% of overall GHG emitted by Irish agriculture. And that 32%? It’s larger than any other sector in the country that produces GHG, even transportation.

The Irish industry goals are to expand the production of beef and dairy and become a major supplier overseas, with China as a particular target. Keelin points out the incongruity of this plan to the DAFM when she writes,

I would like to express concern regarding Ireland’s commercially non-viable agriculture and the level of GHG emissions generated by Irish agriculture…Can the CAP ensure that it is profitable for farmers to switch from livestock to crop production? Surely, we should be working to reduce rather than expand the level of ruminant derived food production and indeed, consumption of such food on the island of Ireland.

A healthier, less meat-centric food system would strengthen the biodiversity of Ireland’s landscape and encourage the flourishing of native species which struggle to survive. Keelin comments,

Ireland should increase the production of plant proteins for human consumption, improving soil and biodiversity while reducing the need for artificial fertilisers. Increased afforestation is not a panacea for offsetting emissions, especially when that afforestation is a monoculture. Can the CAP support an increase in native woodland cover instead? Will the CAP promote carbon sequestration in Ireland by protecting and preserving our peatlands?

Of course, no attempt to improve Ireland’s agricultural industry will be effective until our farmers are on board with change as well. Keelin cites that “farm payments account for 75% of Family Farm Income on average as reported in the 2016 Teagasc National Farm Survey”. The CAP, as it currently stands, nurtures the dependence of most farmers on direct payments and fails to promote access to a viable independence through their work. In her letter, Keelin calls for a version of the CAP which promotes “alternatives for farmers that make environmentally sustainable food production an attractive alternative to intensive production that is dependent on inputs.”

The Farmers Speak Up

Once the politicians finished their presentation at the evening’s meeting, the floor opened to audience members. Many people, a good portion of them commercial farmers of beef cattle, stood and spoke for several minutes. The majority of their thoughts, concerns, opinions and questions encompassed one central theme: farming income. The farmers who spoke considered their income unfairly small and dangerously unpredictable. Many expressed reluctance to heed the CAP’s proposed environmental goals since the farmer’s workload is arduous enough as it is.

As an advocate of good food, I’m thrilled to see the spotlight on environmental issues in the CAP post 2020. I seldom hear politicians talking about food, let alone food sustainability, so I found the evening in Charleville to be full of hope and encouragement. But I’m not a commercial farmer. The CAP reform could mean increased food prices for me, but I won’t have to absorb the brunt of the changes—Ireland’s farmers will.

As Ireland seeks to integrate an agricultural policy which balances the needs of its farmers and the welfare of the environment, we should all, like Keelin, join the conversation and speak-up for an all-inclusive fair food system. Her full submission, which is well worth the read, is below.

CFPC’s Submission to the Department of Agriculture, Food and The Marine on the Future of CAP post 2020