Join us Saturday the 13th of August at the Triskel Art Centre for a fundraising screening of Risteard Ó Domhnaill’s Atlantic. This is an extremely important and powerful documentary about the powerful interests carving up Ireland’s ocean resources. Emmy Award-winning actor Brendan Gleeson narrates the film shot across Ireland, Norway and Newfoundland (Canada) by Scannáin Inbhear (Inver Films). Atlantic was awarded Best Irish Documentary at the Dublin International Film Festival 2016. Donation on the night at the door and proceeds will go the RNLI. Reception in Gulpd cafe at 7pm, screening at 8pm followed by Q&A with the Director 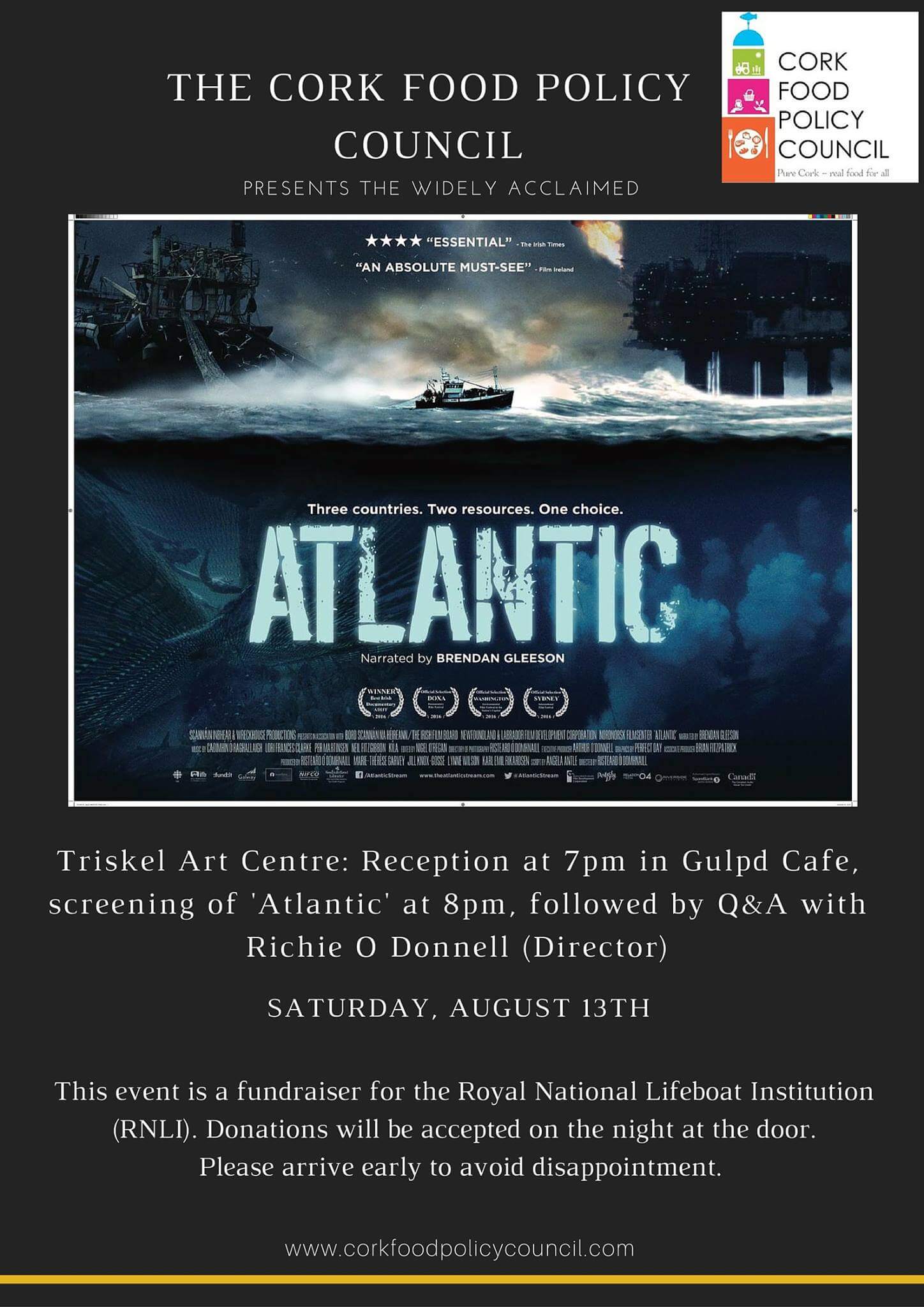